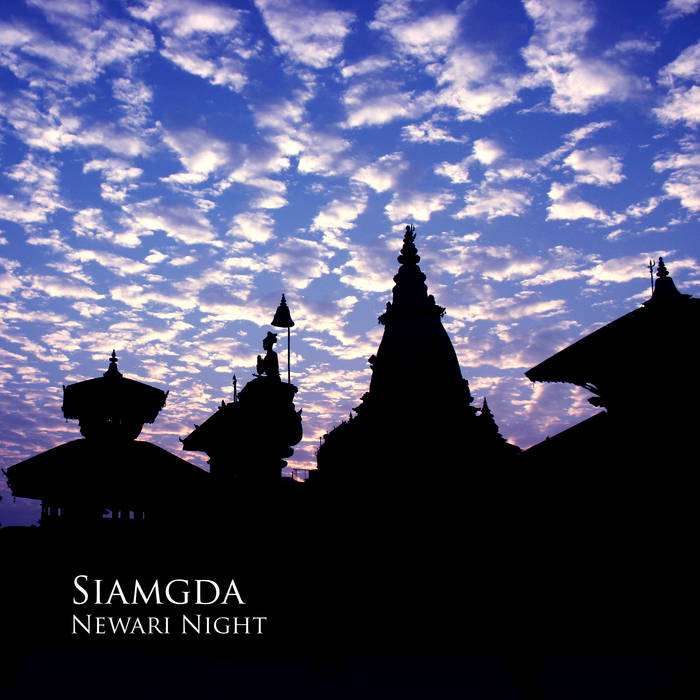 Having lived and studied many years in the ancient city of Bhaktapur, Nepal,I was deeply shaken by the suffering caused by the massive 7.8 earthquake of April 25, 2015 to this beautiful place and its people.

One year after the devastating earthquake, many people are still living in temporary shelters and have no access to medicine, clean water and enough food.

I therefore wish to dedicate this album to all Nepali earthquake victims. 100% of the income generated from this album will be donated and forwarded personally by myself, on site, to people in need.

Bhakapur is famous not only as a UNESCO protected world heritage site, but also for its vibrant traditional music culture, especially their various Newari drums and other instruments, whose main purpose has always been to establish a connection between humans and the Divine.

Still, these recordings are not meant to represent the local music of
Bhaktapur – they are my own creations, woven from the endless
sea of sounds that this rich and ancient culture has to offer.

Special thanks to Bishnu Bahadur Manandhar for
Introducing me to the Newari drums.
Photography by Suresh Tamrakar
Recorded and arranged between 1999 & 2015 in nepal
Mastered by Eric Van Wonterghem at Prodam, Berlin prodam-berlin.com
Released April 25, 2016 on / Mind Plug Records / MPR24

'the way I see, feel and hear life to be - colourful, mystical, rough, noisy, dark, meditative...

Bandcamp Daily  your guide to the world of Bandcamp